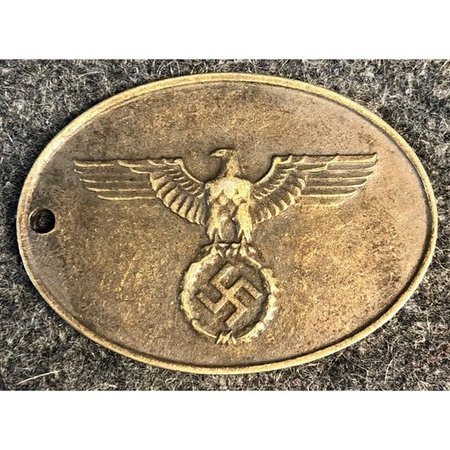 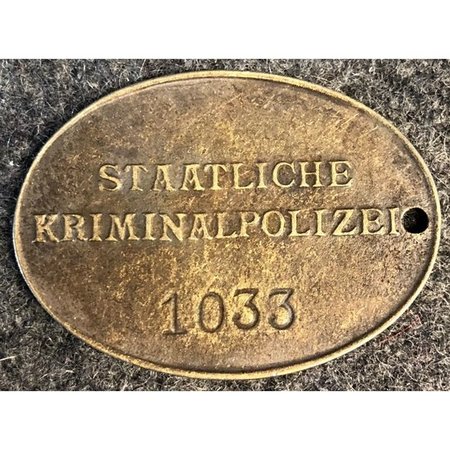 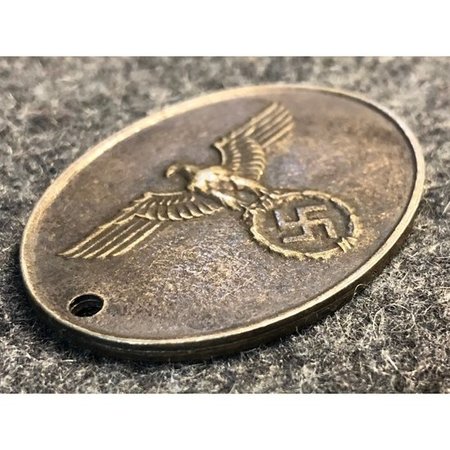 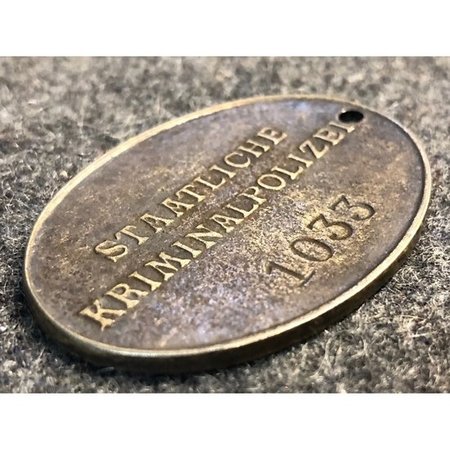 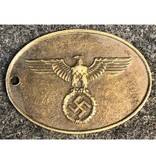 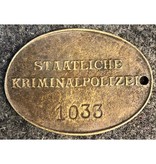 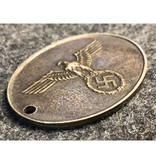 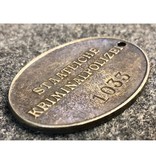 Add to wishlist
Share this product
Information
Kriminalpolizei is the standard term for the criminal investigation agency in Nazi Germany.

After Adolf Hitler took office in January 1933, the Nazis began a programme of "coordination" of all aspects of German life, in order to consolidate the Nazi Party's hold on power. In July 1936, the Prussian central criminal investigation department (Landeskriminalpolizeiamt) became the central criminal investigation department for Germany, the Reichskriminalpolizeiamt. It was combined, along with the secret state police, the Geheime Staatspolizei or Gestapo into two sub-branch departments of the Sicherheitspolizei (SiPo) which had a central command office known as the Hauptamt Sicherheitspolizei. At that point, Reinhard Heydrich was in overall command of the SiPo, its central command office, the Hauptamt Sicherheitspolizei and the Sicherheitsdienst (SD). Nebe was appointed head of the Reichskriminalpolizeiamt, and reported to Heydrich.

In September 1939, the Reichssicherheitshauptamt (Reich Main Security Office; RSHA) was created as the command organization for the various state investigation and security agencies. The Hauptamt Sicherheitspolizei was officially abolished and its departments were folded into the RSHA. The Reichskriminalpolizeiamt became Amt V (Department 5), the Kriminalpolizei (Criminal Police) in the RSHA. It was commanded by Arthur Nebe until 1944, when he was denounced and executed subsequent to the failed 20 July plot to kill Hitler. In the last year of its existence, Amt V was commanded by Friedrich Panzinger who answered directly to Ernst Kaltenbrunner, the head of the RSHA after Heydrich's assassination in 1942.

The Kriminalpolizei were mostly plainclothes detectives and agents, and worked in conjunction with the Gestapo, the Ordnungspolizei, the uniformed police branch and the Geheime Feldpolizei. The policy directives came from the SS-Hauptamt. The Kripo was organized in a hierarchical system, with central offices in all towns and smaller cities. These, in turn, answered to headquarters offices in the larger German cities which answered to the Central Office of the Kriminalpolizei, a department of the RSHA
© Copyright 2019 - 2022 Don Militaria. All prices include VAT.
Please accept cookies to help us improve this website Is this OK? Yes No More on cookies »