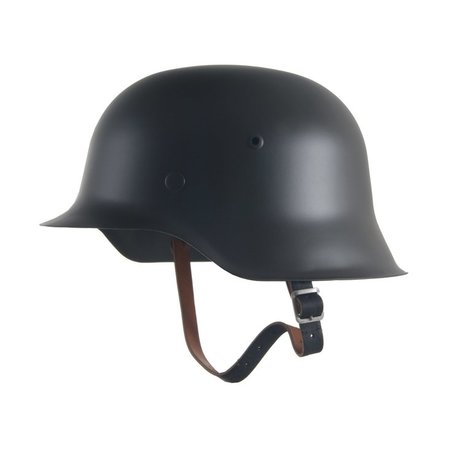 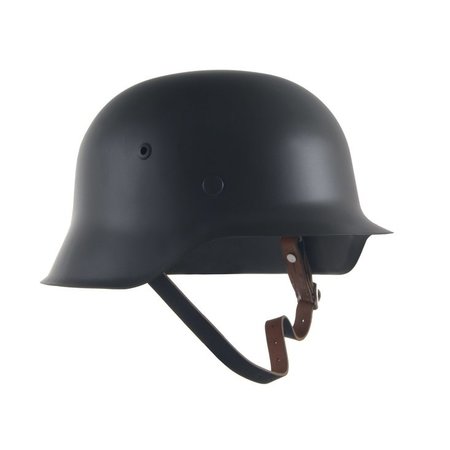 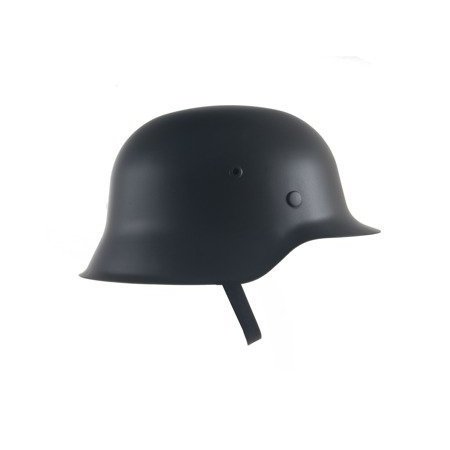 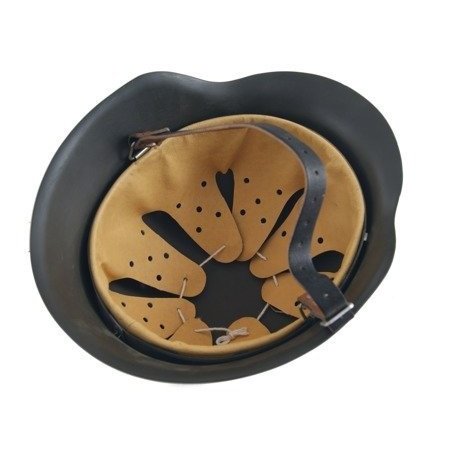 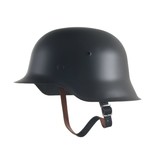 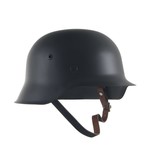 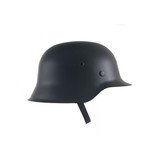 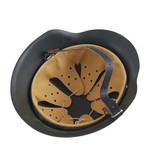 Made of thick tough steel. Shell is signed with 1938, Liner and chinstrap included. Abailable in four sizes.

From the model M35, the inner ring with leather lining was made of aluminum, the model 1931. These turned out to be too fragile and were replaced by cheaper galvanized steel rings around 1940. There was no question of an adjustable inner helmet size like the American M1 helmet. The sizes of the rings varied from the small 52 cm to the custom-made 63 cm. The rings were often produced outside the factory where the steel outer helmets were produced. Despite the new conditions in terms of production, comfort and quality, the design remained largely unchanged from 1916 to 1945.

However, at the end of World War II, it appeared that a new design was needed to reduce the number of head wounds. The sides of the Stahlhelm were extremely vulnerable due to the large contact areas at an angle of 85 ° -90 °, which was again reflected in the increasing number of head injuries. The technical development of a new model, which better met the requirements of the battlefield, resulted in the helmet MB / II. This Stahlhelm was characterized by the transformation of the dome into a hill without a single kink. The angle of the helmet had become 55 ° -60 °, which considerably increased the so-called Beschußfestigkeit. The design was also remarkable. Despite the ballistic favorable results of the new model, the "Denkschrift zu einem neuen Stahlhelm" was not approved for emotional and psychological reasons by the Fuehrer in the autumn of 1944. Hitler stuck to the dated Stahlhelm model because of its symbolic value. Nevertheless, the helmet turned out to be better than its Russian, British and French counterparts. 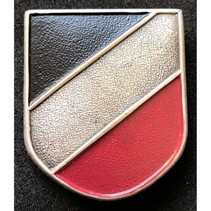 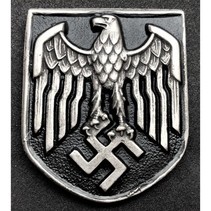 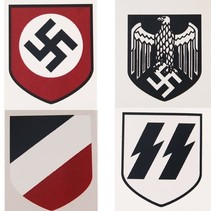 Choose stahlhelm decals
€2,35
In stock
© Copyright 2019 - 2020 Don Militaria. All prices include VAT.
Please accept cookies to help us improve this website Is this OK? Yes No More on cookies »