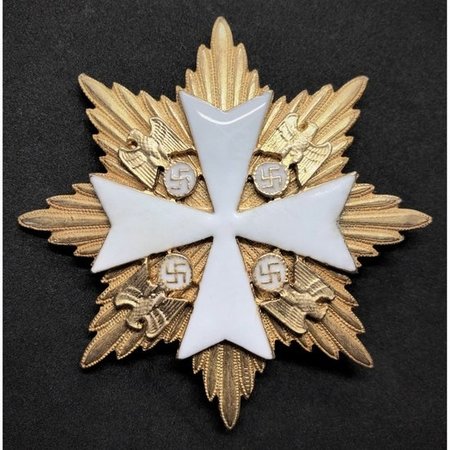 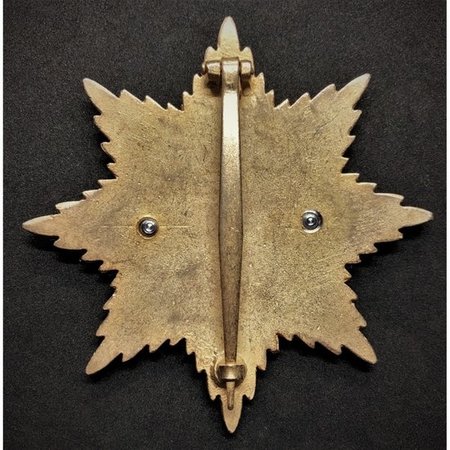 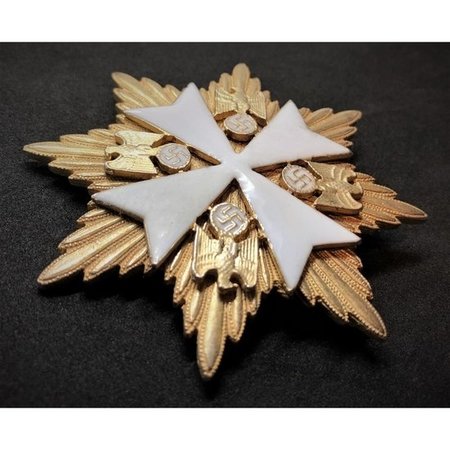 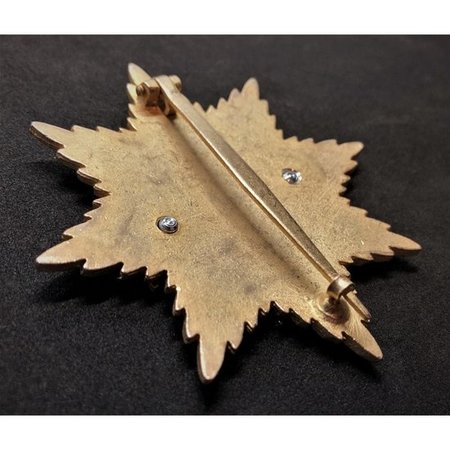 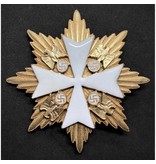 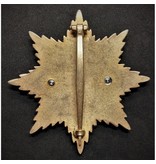 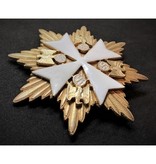 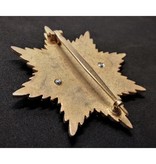 Add to wishlist
Share this product
Information
Instituted by Adolf Hitler on the 1st May 1937, the Order of the German Eagle (Verdienstorden vom Deutschen Adler) Eagle was a diplomatic and honorary award given to prominent foreigners, particularly diplomats, who were considered sympathetic to NSDAP.

The sign of the Order consisted of a Maltese cross with a swastika dominated by the German eagle on every corner of his arms. For the military class, the order could be completed by adding two crossed swords to the back. The order ribbon was red with a white, black and white stripe on each side.

During this period was also realized a cross of Knight of Gran Croce in gold with diamonds that was granted only to Benito Mussolini on September 25, 1937.

On December 27, 1943, the Order was reorganized into nine classes of benevolence: