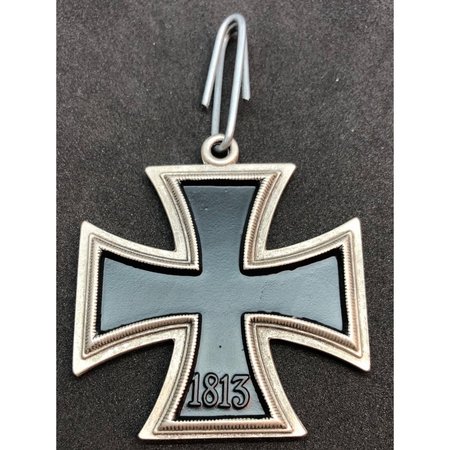 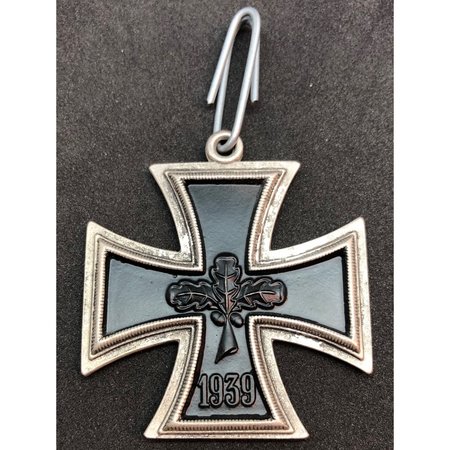 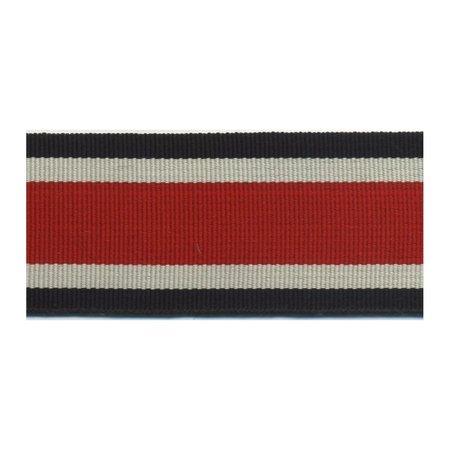 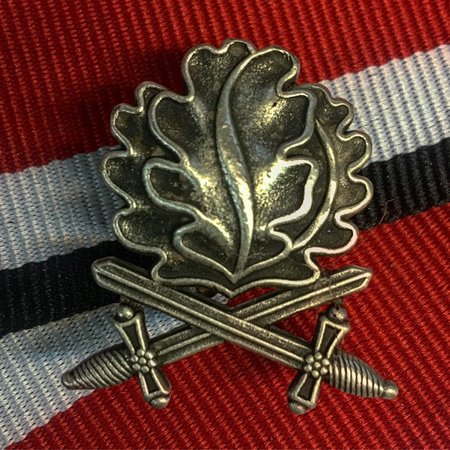 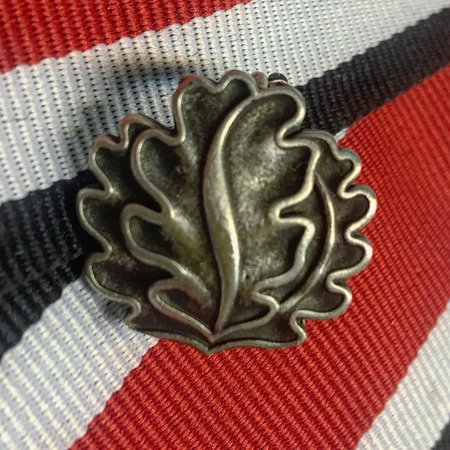 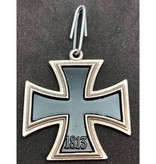 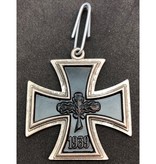 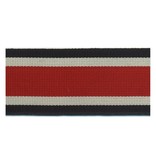 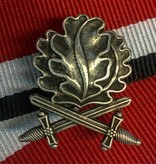 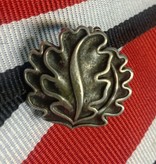 With, without or only ribbon and choose between oak leaves variation.

The Iron Cross (German: About this sound Eisernes Kreuz (help·info), abbreviated EK) was a military decoration in the Kingdom of Prussia, and later in the German Empire (1871–1918) and Nazi Germany (1933–1945). It was established by King Friedrich Wilhelm III of Prussia in March 1813 backdated to the birthday of his late wife Queen Louise on 10 March 1813 during the Napoleonic Wars (EK 1813). Louise was the first person to receive this decoration (posthumous). The recommissioned Iron Cross was also awarded during the Franco-Prussian War (EK 1870), World War I (EK 1914), and World War II (EK 1939, re-introduced with a swastika added in the center). The Iron Cross was normally a military decoration only, though there were instances of it being awarded to civilians for performing military functions. Two examples of this were civilian test pilots Hanna Reitsch who was awarded the Iron Cross 2nd Class and 1st Class and Melitta Schenk Gräfin von Stauffenberg, who was awarded the Iron Cross 2nd Class, for their actions as pilots during World War II.
The design of the cross symbol was black with a white or silver outline. It was ultimately derived from the cross pattée occasionally used by the Teutonic Order from the 13th century. The black cross patty was also used as the symbol of the German Army from 1871 to March/April 1918, when it was replaced by the Balkenkreuz. In 1956, it was re-introduced as the symbol of the Bundeswehr, the modern German armed forces.